Less than one week remains to vote on one of New York City’s most trending summer social media contests.  Until August 21st, the public can select their favorite images and choose a winner in DMG Investments “New York Story” Photo contest, which asked participants to submit their best landscape and lifestyle photos of New York City and its metro area.

The contest finalist have been chosen by an esteemed panel of judges that included Evan Joseph, a leading architectural and interior photographer, Zheng Yang, a famous photographer, artist, art instructor and global traveler and members of the New York Institute of Photography, the world’s largest online photography school. Fifteen images have been selected as finalists.   The photos can be viewed and the public can vote on the images at https://oneparkcondosnj.com/en/photo-contest/.

Winners will be awarded based on vote count and announced on August 24th, 2019 on the One Park Instagram account and on the contest website. Winners will be declared for first, second and third place with substantial prizes awarded for the chosen photos. 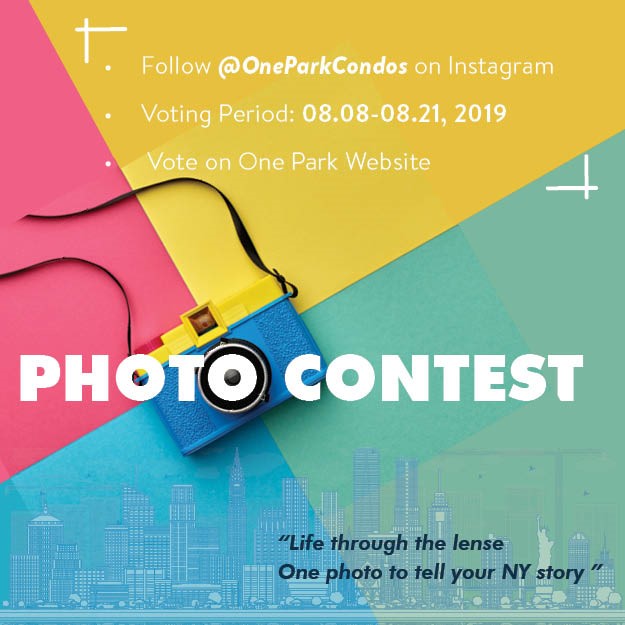 The “New York Story” contest was sponsored by Manhattan-based real estate developer DMG Investments, which has been developing signature residential and student housing properties along the East Coast. Its most recent project, One Park, served as the inspiration behind the contest.  The luxury 14-story condominium building boasts an idyllic and photogenic location on New Jersey’s Hudson River Gold Coast with perfect New York City skyline as a pictorial backdrop.