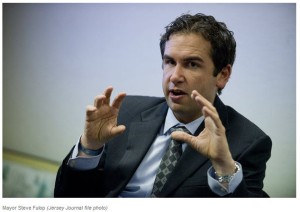 Jersey City announced this week it will use $2.7 million in city funds to create 70 units of affordable housing.

The dollars, which come from the city’s Affordable Housing Trust Fund, will go to 54 rental units and four one-bedroom units in the city’s Greenville section; four condos in Bergen-Lafayette; and eight one-bedroom condos on Bright Street in the Downtown.

While he sat on the City Council, and during his mayoral campaign last year, Mayor Steve Fulop said the city didn’t do enough to build affordable units in neighborhoods that need low-cost housing.

“For the first time in Jersey City’s history, affordable housing will be implemented with a strategic vision to bringing opportunities to residents in all parts of the city,” Fulop said in a press release.

The Affordable Housing Trust Fund is created in part from dollars donated by developers who are seeking long-term tax breaks on other projects. The developers behind the new Trump tower rising on Bay Street, for example, gave $683,417 to the trust fund in exchange for a five-year tax abatement.

Repost: @trompeterrealestate Hopping on this trend for #jerseycity 😍 We Love living in Jersey City, How about you?
Pro Arts Jersey City has announced its inaugural exhibition in their first gallery in 26 years - The Empowering: a social justice show. Link in bio for the full details!
❗️Coming soon: Historic Downtown Jersey City’s Winter and Spring Farmers Market❗️
×
Loading Comments...
Comment
×
%d bloggers like this: