Dynamic shared amenities at Soho Summer House are sure to foster a sociable vibe.  Fireside seating and gas grills with preparation area are just two of the spaces that will set the joyful mood and encourage neighborly interaction.  Community activities will abound with a full screen movie theatre and resident event pavilion where City Homes & Gardens, Soho Lofts’ exclusive management and leasing agent, will host summer-themed gatherings and parties.

Those seeking individual relaxation and privacy can wind down in the deck’s separate hammock area and tranquil Zen garden.  END_OF_DOCUMENT_TOKEN_TO_BE_REPLACED

A modern and upscale housing stock, energetic and trendy local scene and easy access to Manhattan have all combined to place Jersey City atop the list of most desirable Hudson River waterfront communities for today’s renting public.

Fueling the meteoric rise of this New Jersey Gold Coast city has been a growing movement to escape the aging apartment inventory and high rental prices of mainstay waterfront markets such as Hoboken and head to Jersey City where brand new luxury buildings feature apartments with more space, better amenities, and attractive pricing.

Nowhere is this trend more evident than at Soho Lofts, a collection of 377 upscale apartments in Jersey City’s SoHo West Community, an industrial-inspired neighborhood of loft-style homes, amenities and services being developed by Manhattan Building Company on the Hoboken border.  Over 75% of the rental homes at Soho Lofts have been leased, with more than 30% of its residents moving from areas such as Hoboken, Weehawken, Bayonne and North Bergen.

Lauren Stallone, a young professional who had been living with her boyfriend in uptown Hoboken, typifies the migration to affordable rental luxury at Soho Lofts.

“I was living in an older walk-up apartment on Hoboken’s Washington Street,” Ms. Stallone says.  “The home was in need of serious repair and lacked any sort of convenience.  There was no washer/dryer, no central air and no dishwasher.  It was a small unit with only 550 square-feet of space. We were paying a fortune for practically nothing and it was time for a move.” END_OF_DOCUMENT_TOKEN_TO_BE_REPLACED

A gourmet community market and deli will be the next retailer to add its name to the vibrant mix of neighborhood-centric shops, services, restaurants and conveniences in Jersey City’s SoHo West (south of Hoboken, west of New York City) Community.

Scheduled to open in fall, 2018, Fresca Gourmet will join a list of prominent retailers already open and available to residents of the SoHo West Community, including an 8 Springs Studio, a Pilates and Yoga studio; Viaquenti Academy, a bilingual pre-school; Brewshot, a coffee shop/bar and restaurant, Cycle Mix, a spin cycle establishment, and Art House Productions, a non-profit arts facility that includes a 99-seat black box theatre.

The SoHo West store will be the second Jersey City location for Fresca Gourmet, following in the footsteps of its grocery and deli at 115 Town Square Place in the downtown Newport neighborhood. As one of the fastest growing new development communities in Hudson County, SoHo West presented the owners of Fresca Gourmet with a prime opportunity to expand its business to an up-and-coming neighborhood of luxury homes and services that’s in close proximity to its original location.

The brainchild of developer Manhattan Building Company, SoHo West is a vibrant new neighborhood of oversized residences in highly-amenitized, mixed-use buildings on the border of Jersey City and Hoboken.    Its current offering, Soho Lofts, is the third residential building to be introduced in the community.  More than 75% of the 377 rental units at Soho Lofts have been leased since its late fall launch. END_OF_DOCUMENT_TOKEN_TO_BE_REPLACED 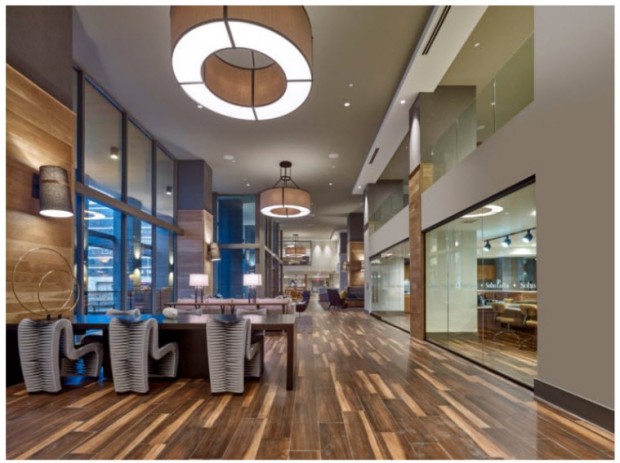 In fact, the industrial-inspired community recently experienced an enormous surge in activity  that netted nearly 80 homes reserved in a four-week period alone — remarkable rental volume that’s typically only witnessed during a grand opening phase, reports its developer Manhattan Building Company.  The impressive rush in interest has propelled the collection of 377 loft-style apartments towards the notable mark of almost 60% leased in the first four months of availability.

Manhattan Building Company introduced Soho Lofts to the public in mid-November, delivering luxury apartments with some of the largest floorplans in Hudson County and an exciting mix of resort-inspired indoor and outdoor amenities.  Soho Lofts is the next chapter in the incredible success story being written within the SoHo West Community (south of Hoboken, west of New York City), a new neighborhood concept that’s brought upscale rental buildings and a diverse mix of shops, services and conveniences to Jersey City’s Hoboken border.

“While we certainly expected Soho Lofts to be well-received, the incredible demand since first launching this property has exceeded our most optimistic projections,” says Louis Mont, COO of locally-based Manhattan Building Company.  “To lease so many homes — and so quickly — in what is still an emerging location speaks volumes about the value and appeal being offered at Soho Lofts.  The well-designed apartments, full suite of amenities, and supportive street-level retail have clearly created the kind of desirable urban lifestyle experience today’s renters seek.”

The heightened pace at Soho Lofts has prompted the developer to commence pre-leasing for select apartments in its 14-story west tower.   To preview these homes, interested prospects can call 201-268-7586 and schedule an appointment to tour. END_OF_DOCUMENT_TOKEN_TO_BE_REPLACED

The full-service resident experience at Soho Lofts is further enhanced by attended valet parking and 24-hour concierge in its magnificent and soaring two-story lobby. END_OF_DOCUMENT_TOKEN_TO_BE_REPLACED

Jersey City Mayor Steven Fulop recently joined developer Manhattan Building Company to celebrate the launch of leasing for the newest phase of the SoHo West (South of Hoboken, West of New York City) community, an emerging neighborhood mixing luxury residences with shops and retail on the border of Jersey City and Hoboken.

Mayor Fulop cut a ceremonial ribbon to signify the public opening of Soho Lofts, a new collection of 377 luxury apartments and state-of-the-art, resort-like amenities located at 273 16th Street . The industrial-inspired community offers one-, two-, three and four-bedroom apartments, as well as a limited number of private townhome rentals.  Monthly rents begin from the $2,000s, with initial occupancy this month.

City Homes and Gardens, which is directing the building’s leasing and marketing program, has debuted Soho Lofts from an onsite leasing office with fully-furnished models merchandised by renowned interior designer Kim Depole.

“The initial phase of SoHo West, the Cast Iron Lofts Collection, put this neighborhood on the map and is now home to more than 800 residents,” says Louis Mont, COO of Hoboken-based Manhattan Building Company. “We’re incredibly excited to move forward in further establishing the community with the launch of Soho Lofts, which will introduce an even higher level of urban luxury with condo-style interior finishes, cutting-edge and modern indoor and outdoor amenities combined with a chic, contemporary lifestyle.” END_OF_DOCUMENT_TOKEN_TO_BE_REPLACED 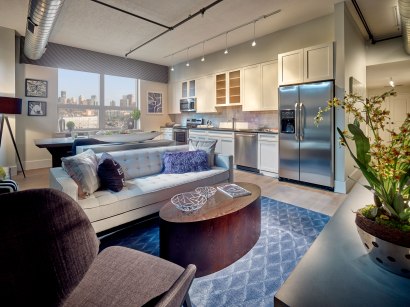 The evolution of Jersey City’s SoHo West (South of Hoboken, West of New York City) Community is about to take another step forward with the fall opening of SoHo Lofts, a new collection of expansive, loft-style apartments on the border of Hoboken and Jersey City.

In preparing for the October debut, Manhattan Building Company, the developer responsible for the vision of SoHo West, has begun pre-leasing at the industrial-inspired rental which will offer 377 homes and a comprehensive list of modern, resort-like amenities. A teaser website has been launched at www.SoHoLoftsJC.com to allow interested renters to register as a VIP and schedule an appointment to tour the community in advance of its Grand Opening.

City Homes and Gardens is directing the leasing and marketing program for the apartments, housed in separate 13-story and 20-story buildings connected by a five-story podium consisting of a soaring lobby, lavish amenity center and enclosed parking garage.

Located at 273 16th Street, SoHo Lofts is the second phase of the larger SoHo West neighborhood concept being produced by Manhattan Building Company.  The development’s first phase, The Cast Iron Lofts Collection, is complete and occupied and includes 387 apartments and 20,000 square-feet of retail space occupied by 8 Springs Studio, a Pilates and Yoga studio; Viaquenti Academy, a bilingual pre-school; Brewshot, a coffee shop that has several other locations in Jersey City and NYC; and The Art House, a non-profit that will include a 99-seat black box theatre. END_OF_DOCUMENT_TOKEN_TO_BE_REPLACED